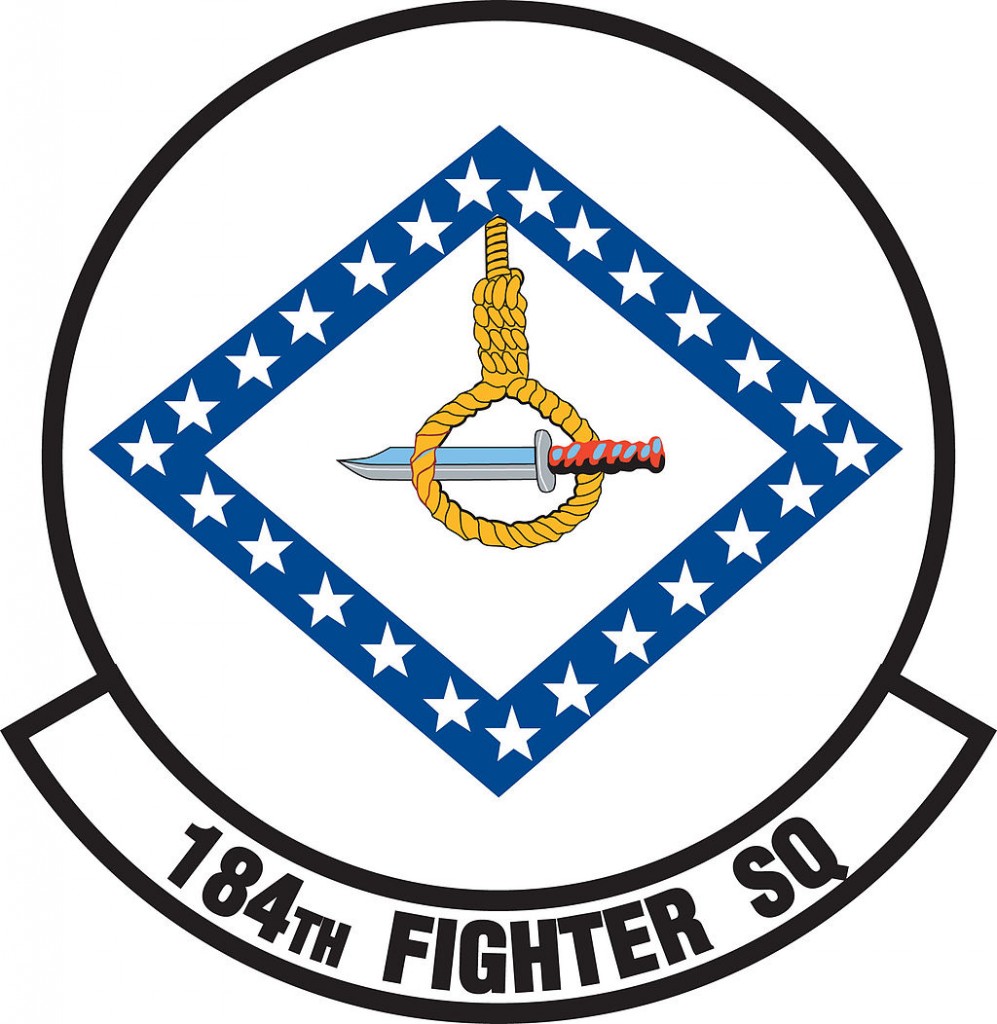 Authorized by the National Guard Bureau in 1953 at the 184th Tactical Reconnaissance Squadron. Organized at Fort Smith Regional Airport, Arkansas and extended recognition as a new unit on 15 October 1953. The squadron was assigned to the Tennessee ANG 118th Tactical Reconnaissance Group, Berry Field, Nashville, for administration, operational control was exercised by the Arkansas Air National Guard.

The 184th TRS was initially equipped with World War II-era RB-26C Invader night photo-reconnaissance aircraft. The black-painted RB-26s were originally medium bombers that were modified for aerial reconnaissance in the late 1940s. Most of the aircraft received were Korean War veterans, were unarmed and carried cameras and flash flares for night aerial photography. In 1956, the B-26 was reaching the end of its operational USAF service, and the squadron was re-equipped with RF-80A Shooting Star daylight reconnaissance aircraft that were also nearly obsolescent.

In January 1957, the 184th retired its worn-out RF-80s and received new RF-84F Thunderstreak reconnaissance aircraft, manufactured for Air National Guard use. During the 1961 Berlin Crisis, the squadron was federalized and assigned to the mobilized Kentucky ANG 123d Tactical Reconnaissance Group however it remained at Fort Smith and was released from active duty and returned to Arkansas state control on 22 August 1962.

On 22 August 1962, the 184th was authorized to expand to a group level, and the 188th Tactical Reconnaissance Group was established by the National Guard Bureau. The 184th TRS becoming the group’s flying squadron. Other squadrons assigned into the group were the 188th Headquarters, 188th Material Squadron (Maintenance), 188th Combat Support Squadron, and the 188th USAF Dispensary.

In 1970 with the winding-down of the Vietnam War, the 184th began receiving McDonnell RF-101C Voodoos, replacing the RF-84Fs the unit had been flying for over a decade. The USAF had, however, planned for the RF-101C to be gradually phased out of USAF service in favor of the McDonnell RF-4C Phantom II and the aircraft remained with the 184th TRS for only a brief period of time, and in 1970 was retired.

Following their withdrawal from the Vietnam War, numerous USAF F-100D Super Sabres were turned over to the Air National Guard. Tactical Air Command realigned the 151st into a Tactical Fighter Group in 1972, and equipping the unit with Vietnam Veteran F-100D and twin-seat F-100F Trainers. In 1979, the Super Sabre was being retired and the 184th TFS began receiving F-4C Phantom IIs to be used in an air defense role. In 1988, as part of the retirement of the Phantom II, the squadron began receiving Block 15 F-16A Fighting Falcons. The first F-16 delivery to the squadron was on 1 July 1988 and the formal acceptance of the F-16 happened on 15 October. On 15 March 1992 the 184th dropped the Tactical name from the squadron as the parent 184th converted to the USAF Objective organization.

In early 2001 the 184th FS began to retire its F-16A/B block 15s to AMARC in exchange for F-16C block 32s. They never received any D-models. Because the squadron flew the rarely seen block 32, the squadron became a source for spare F-16s for the USAF Thunderbirds flight demonstration team. In the end the 184th FS never had to give up any of their aircraft as the Thunderbirds took needed aircraft from home based Nellis 57th Fighter Wing.

BRAC 2005 initially decided to inactivate the 188th Fighter Wing and close Fort Smith ANGB. With a great deal of effort by Arkansas’ leaders caused the BRAC panel to change its decision on the 184th FS and give it a new mission. The squadron would still lose its F-16s but in their place would get a total of eighteen A-10 Thunderbolt II ground attack aircraft. One of the deciding factors was Fort Smiths location near Fort Chaffee, a former National Guard training post.

In early 2012 the Air Force planned to realign the 188th Fighter Wing and replace its 20 A-10 aircraft, converting the 184th FS to operate the General Atomics MQ-1 Predator unmanned aerial vehicle (UAV). However, after extensive discussions in August 2012 it was announced that the 188th Fighter Wing would retain its A-10s.

In July 2012, the Wing deployed 275 airmen and aircraft to Afghanistan in support of Operation Enduring Freedom. They were assigned to the 455th Air Expeditionary Wing, Bagram Airfield, near Kabul. This was the second AEF deployment for the 188th as a unit since receiving A-10 Thunderbolt II “Warthogs” April 14, 2007. The 188th’s last AEF deployment transpired in 2010 when the unit deployed about 300 Airmen and 12 A-10Cs to the 451st Air Expeditionary Wing at Kandahar Airfield.

The guardsmen remained in Afghanistan until October, flying close-air support in response to ground troops who may be in contact with the enemy, or to escort convoys in particularly hostile areas. When not supporting ground troops, A-10s patrol designated sectors and provided aerial reconnaissance on locations of interest to ground commanders. In three months, Arkansas ANG A-10s delivered more than 60,000 30mm cannon rounds and more than 250 precision munitions on enemy targets.

In June 2014, the last of the units A-10C aircraft departed and the unit was re-designated the 184th Attack Squadron.